Average long-­term U.S. mortgage rates fell for the fourth straight week, with the 30-­year rate again marking its lowest level since May 2013.

The ongoing decline in rates lured a crop of prospective buyers, as applications for mortgages marked their biggest weekly gain last week in over six years.

Applications jumped 49.1%, the biggest weekly increase since November 2008, according to the Mortgage Bankers Association.

Worries about economic troubles in Europe and Asia have sent mortgage rates plunging despite positive indicators regarding the domestic economy with rising consumer confidence and increases in wages. That strength contrasts with a European economy so fragile that the European Central Bank is expected later to launch a bond­-buying program similar to the stimulus the Federal Reserve employed here as an extraordinary reaction to the Great Recession.

With once ­booming emerging economies from Brazil to China now slowing as well, spooked investors around the world are seeking the haven of ultra­-safe government bonds. The effective annual interest rate on 10-­year securities issued by Germany and Japan has fallen well below 1%, and the yield on 10­-year U.S. Treasury notes dropped below 2% for the first time in three months. With bond investors accepting lower yields on these securities and on the Ginnie Mae bonds backed by Federal Housing Administration and Veterans Administration home loans, mortgage bankers can lower the rates charged to consumers.

Global uncertainty continues to be the friend of the American home-buyer and it should stay that way through most of 2015. Once the Europeon economy starts to stabilize expect rates to begin the climb that has been expected since early last year. 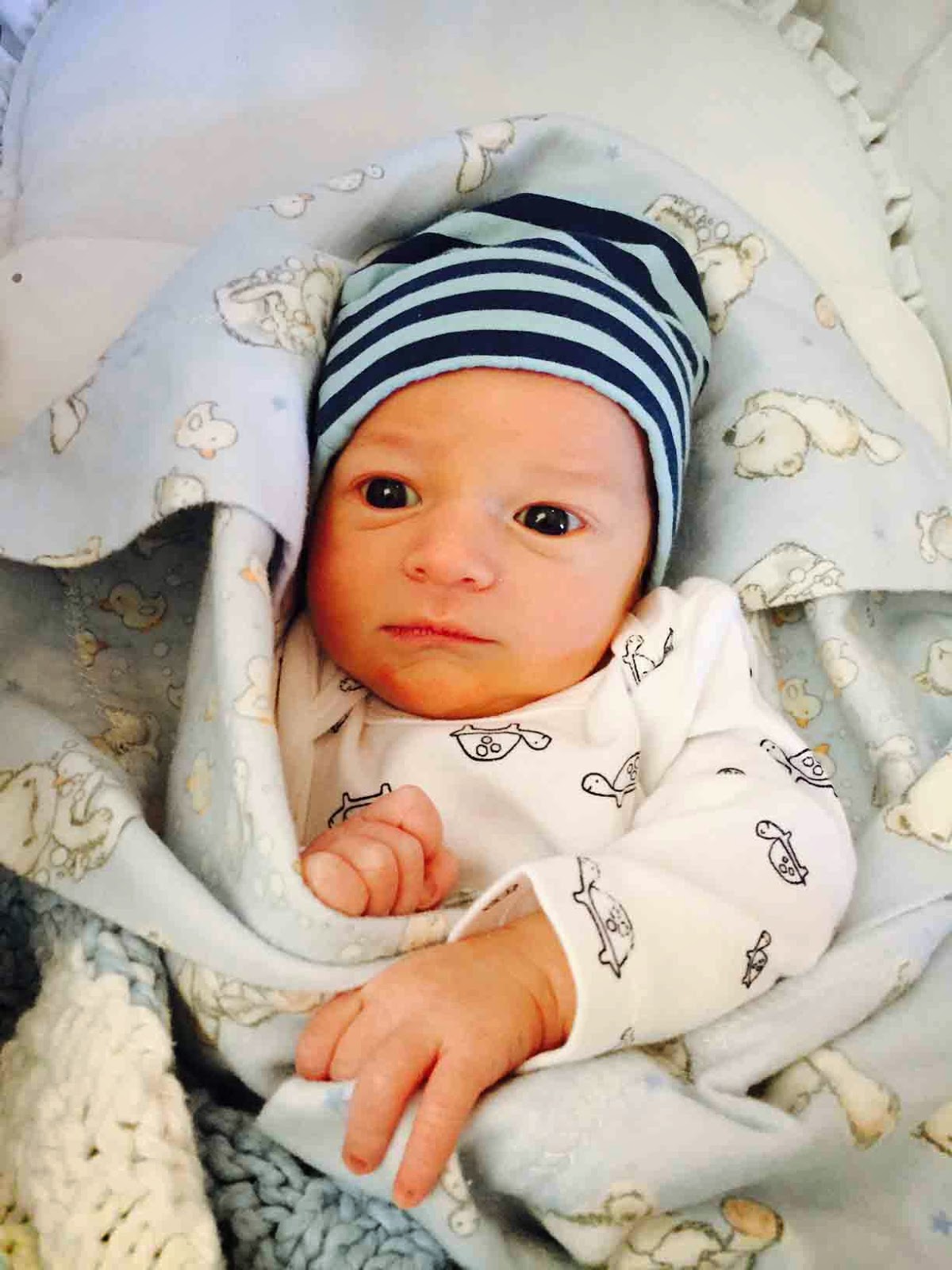 - There is a new addition to the Skinner family! Dax Kenyon Skinner was born December 30th and both he and Jill are healthy and doing well. Here’s a picture from the proud dad.


- Thanks to wonderful clients who continue to provide amazing referrals, we had our best year ever. Despite the lack of inventory plaguing the market, we were able to increase our number of transactions compared to 2013 and we also were involved in six off-market transactions even though off-market activity has also slowed down.

- Price appreciation continued in upward trend on the Westside in 2014 thanks to low inventory, low interest rates, the presence of Silicon Beach expanding its economic footprint and international investors feeling good about the Los Angeles luxury market. Though price appreciation slowed down in the second half of the year compared to the torrid pace of the previous 36 months, demand still outpaced inventory which led to multiple offers on any homes that were listed at an appropriate price. Even though Buyers were desperate for properties, the premiums they were paying above market in the second half of the year decreased with an eye more on value instead of hysteria. Greedy sellers who listed properties over market value were quickly forgotten about.

-The same areas that were hot in 2014 will continue that trend in 2015 with Playa Vista also garnering a lot of attention with its newest build-out becoming available. Playa Vista is very popular with the tech-savvy Silicon Beach crowd.

- Unless the national economy goes into a tailspin over dropping oil prices, we expect continued price appreciation in 2015 though not at the prolific clip of prior years. Inventory will still be low in comparison to historical data, but we expect it to increase, providing more options to buyers compared to the past two years. The strong price appreciation of the past three years will entice some sellers to cash out and take advantage of low interest rates on an up-leg property.

- One issue that will continue to contribute to low inventory is seller’s not wanting to lose the property tax basis they currently have on their property. If you purchased a home for $1M, you are paying property taxes on the purchased amount and not today’s value even if today’s value is now $2M. An up-leg purchase for that Seller could be around $3M so the increase in property tax triples. -Partners Trust consistently networks with the most productive agents across the country in upper end markets and those agents are experience many of the same things we are and expect modest appreciation and consistent buyer demand in 2015.

- Housing prices in Los Angeles have grown four times faster than incomes since 2000. Not only is Los Angeles the lease affordable in the nation, but according to a Harvard study, half of all households in the region are considered “cost burdened” and one and four households spend at least half its income on housing.

- LA County has 7 of the 10 ZIP codes with the worst overcrowding in the nation.
Posted by John Skinner at 3:06 PM No comments:

Marriage is no longer a pre-requisite for buying a home...it is so expensive friends are going in on a mortgage together

Over the past few years we have experienced a new phenomenon in representing buyers. Individuals who are good friends, or couples who are not married, have reached out to express the desire to purchase a home.  The Westside real estate market is so expensive that it is pricing out the single home buyer and people are doing what they can to invest in the market as opposed to paying rent.

Though the idea initially sounds good, it is extremely important to have a written agreement (often referred to as a tenant-in-common agreement) documenting all the terms of the parties’ agreement, including a way to terminate the agreement, before purchasing a property.

The LA times recently wrote an informative article about this trend among couples purchasing before they get married.

Article: Marriage is no longer a pre-requisite for buying a home
Posted by John Skinner at 2:30 PM No comments:

We said Westchester was HOT and the LA Times has noticed

A few weeks ago the LA times wrote a nice article on Westchester enjoying a housing surge which we noted throughout 2014. Our clients who have bought in the Kentwood and Loyola Village areas of Westchester are quite happy with the family friendly atmosphere and ability to be just minutes away from the South Bay and Santa Monica.

We continue to expect these neighborhoods in Westchester (Westport Heights is also on the upswing) to appreciate in value. With better education options popping up due to charter schools, and the next phase of the Playa Vista development eventually providing great entertainment and shopping options, Westchester shows no signs of slowing down.

Homeowners over 65 can often get property tax exemptions

Homeowners 65 and older should check their property tax bills and make sure they are getting any senior exemptions on school parcel taxes to which they are entitled. These exemptions could reduce their tax bills by hundreds of dollars, or more than $1,000 in some wealthier districts.

To win voter approval for school parcel taxes, many K-12 districts offer exemptions to people 65 and older. But they don’t often publicize the exemptions or make them easy to get.

To qualify, homeowners generally must live in the home as their primary residence. They must request, fill out and send in application provided by the district, generally with proof of age, ownership and residency. Some districts require seniors to fill out a new application every year, others renew it automatically.

Most require seniors to apply by a certain date, often in May or June, to get an exemption for the tax year that starts July 1. Some will grant an exemption retroactively for applicants who miss the deadline, many will not. People do not have to be 65 when the tax was approved to get the exemption; they can apply when they turn 65.

Another thing homeowners can do is look up the ballot measure for the tax and see if any exemptions were offered.
Posted by John Skinner at 2:18 PM No comments:

The Federal Housing Administration will lower its fees for mortgage insurance to encourage purchases by first-time and middle-income home buyers. The annual premiums will drop to .85% from 1.35% of the total loan amount. The average borrower will save about $7500 over a decade of payments under the new fee plan.

Starting Jan. 26, Fannie Mae plans to offer mortgage lenders access to proprietary home valuation databases that they can use to assess the accuracy of and risks posed by the reports submitted by appraisers. The Fannie data will flag possible errors in the appraiser's work before the lender commits to fund the loan, score the appraisal for overall risk of inaccuracy and may provide as many as 20 alternative comparables. This new layer to the process is predicted to delay closings and add higher costs to the appraisal besides causing potential valuation conflicts if Fannie’s data is not able to recognize differences between adjacent neighborhoods.

The high end is hopping in Southern California. The number of homes bought for $2 million or more in recent months is the highest on record. Sales worth $10 million or more doubled their number from the heights of the housing bubble.